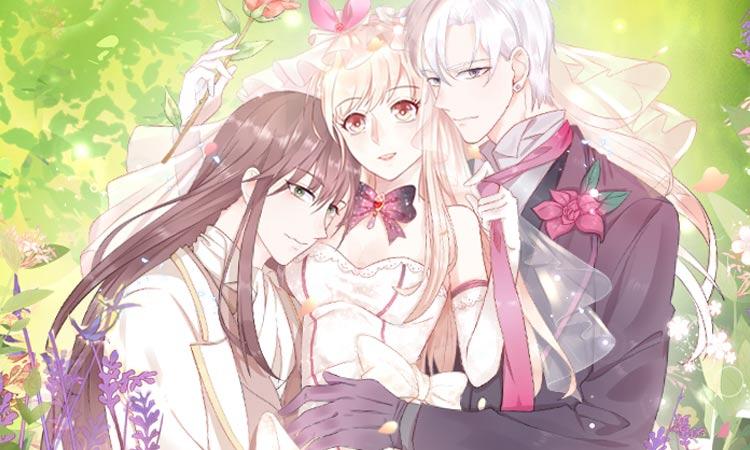 They All Want to Marry Me! Help! 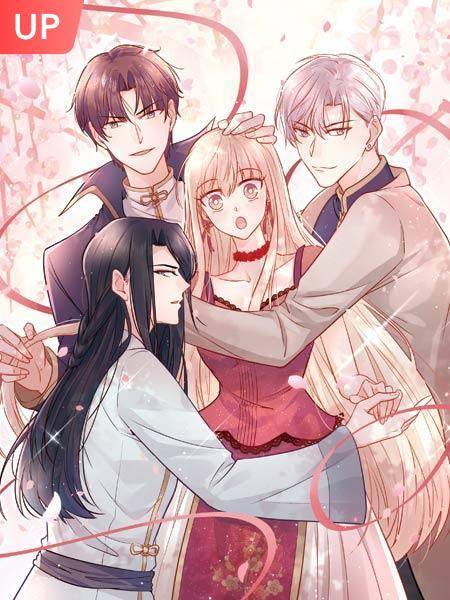 In APP, enjoy better reading experience
Description
Episodes
Comments

 3.6M views  70.9K likes Update on Tue, Sat
They All Want to Marry Me! Help! Comics Online. When God closes a door, he opens a window—oh! not A WINDOW, but many fancy FRENCH WINDOWS!
The day she was dumped by her ex, she was defended by a handsome white-haired guy, who claimed to be her fiancé before kissing her.
Still angry with the unexpected kiss, she rejected the man, yet the next day she somehow ended up in another long-haired man's dorm. The latter—half naked, just out of the steamy bathroom—proposed to her upon knowing her identity.
No time to be surprised, as the third so-called fiancé showed up, equally handsome, rich, poised, and possessive...
In a relationship involving four, how will this girl manage to deal with her 3 fiancé candidates?

MangaToon got authorization from Weibo Comic to publish this manga, the content is the author's own point of view, and does not represent the stand of MangaToon. Other than English, MangaToon also provides the following language versions of They All Want to Marry Me! Help!:
School life
Romance
Comedy
Girl Power
Hottest Comments 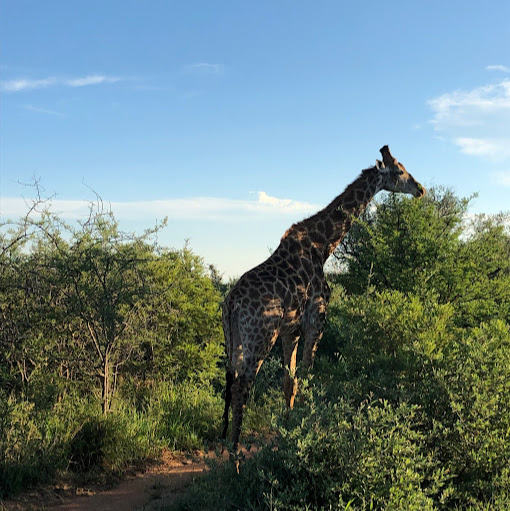 Constance
Ok. Now I’m done with this story. It’s too obvious who she is gonna end up with!!! I’m sooooo mad! It’s too cliché! The one who got her first kiss (well, who stole her first kiss), and probably the only one she is gonna have other intimate physical contact (sure no one else will kiss her in the future except him 😡)!! You can’t imagine how mad I am right now! I was so happy in the beginning with this story: several ML, a lot of different kind of relationship she can develop, a lot of questioning from us with who she was gonna end up with, and all bases on our preference. I was really looking forward to it. But in fact, it’s a lie, the ML was already given since the beginning of the story, even if I tried to keep hope. Tssss, such a bullsh1t cliché story now.
Well, I made my choice, I drop this story now. And if someone has read the raw and can confirm what I think or not then please do. If she isn’t with him at the end, I would continue it because then the mystery is intact! (But if so, I don’t want to know with who she end up with!!! So just tell me it’s not him 🙃) and if she do end up with the grey/white haired guy, then it will only confirm what I have already guessed.
Mr Vampire♥️: Yup! yup !! YUP!!! I’m disappointed with this story :/ it had a potential but it’s ruined now... The final choice of the fl is obvious unfortunately other characters didn’t even get a chance to get close to the FL T_T such a waste...
Min Young: the girl roams everyday around the white haired guy even if she says she doesn't like anyone like wth
total 17 replies
47  17

✧∘∙سافاج جنية∙∘✧
She knows why Xiaoshuai betrayed her already. It’s a bit obvious.But I believe he had loved her before, otherwise he wouldn’t stick around. Unless....it was for his money. He became more popular now, so his net worth probably boosted up by 10x so he decided to hook up with a richer girl. Typical of him. He also used her to help him loose wait. I Hope one day he could go back to the way he looked so that rich could breakup with him and he’ll feel ashamed. And I say, OUR FL IS GOOD ENOUGH FOR PEOPLE OF HIGHER CLASSES. NOT SOMEONE LIKE HIM! 😤By the time he would want to get back together with the fl (I forgot her name) she would already fall in love with the men😏😝he’ll live to regret his decision 👿 but I’m glad he did in the first place, otherwise, where else would these handsome guys come from? They’re the main parts in this story which will twist it from time to time, hehehe😜
Kristianna Hosang: Preach it momma bear
I'll follow the whole of MT ;): Wah, lucky you😂😂
total 5 replies
41  5

meyersrm
ML is my hero. For anyone confused about this story the ML was always the Wu Yichen guy from Wu Dang Sect. All though there are many guys in this harem the story development has been FL and ML intetactions. He was the first guy she met. He stole her first kiss. His intentions like all the other candidates was to win her due to her status. As the story has progressed this intent has changed. This is ML first time pursuing a girl as he stated in a previous episode. FL told him what she is looking for in a guy. I believe his intent is pure now. He has protected her throughout this story. Her ex-boyfriend is a stinky bug. ML is not only handsome, smart and a good fighter but he seems to be the only one with good intentions towards her. It's only natural for FL to fall in love with him. Ba Thump Ba Thump...the end of this episode is her feelings changing towards him. FL is fallen for him. Thank you author for this awesome story. Keep up the great work!!! 💕💕💕
Zero two: damn this is really long
total 1 replies
35  1
Recommended For You 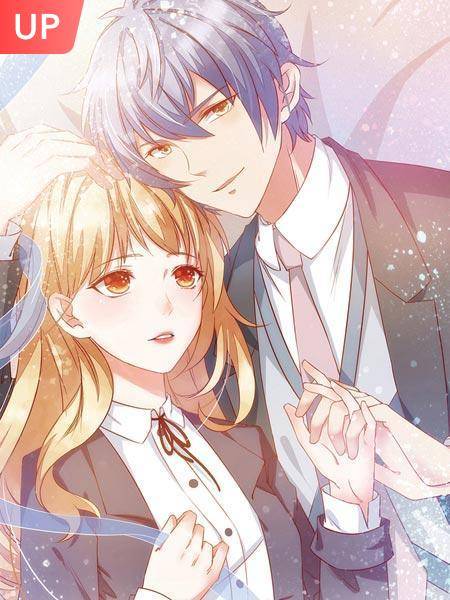 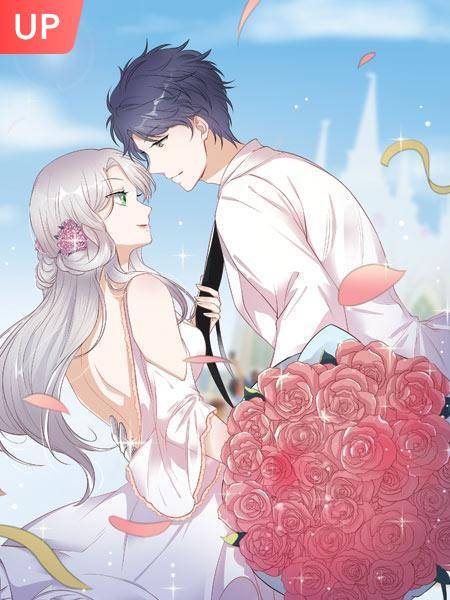 Fall for You, Dote on You
Romance/CEO 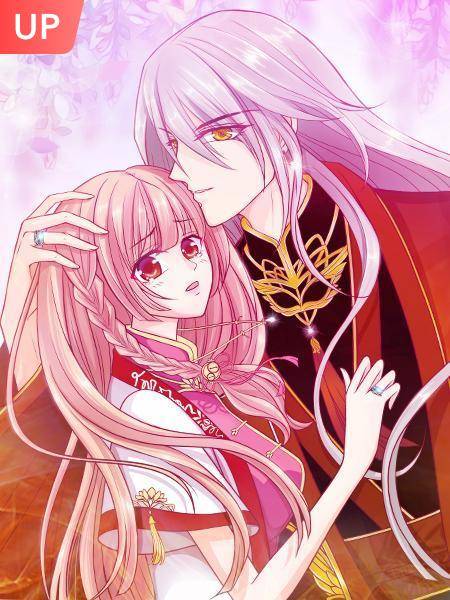 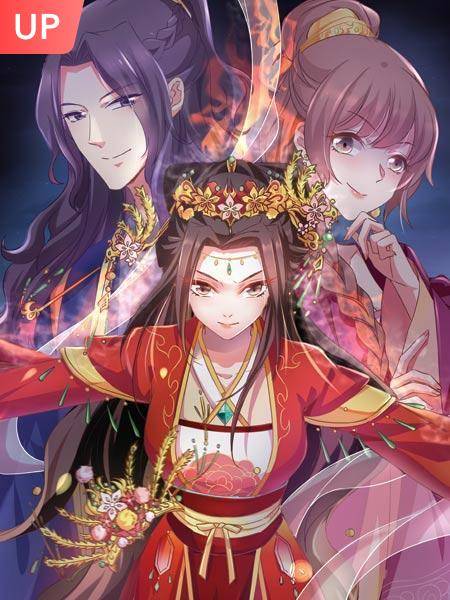